There are no other concerts in Tuscany like it!

The Amiata Piano Festival: there are no other concerts in Tuscany like it! Classical music by famous musicians you would otherwise have to pay an expensive international concert hall ticket to see, in a concert hall you can hardly see! Where you'll park between olive trees and be served some of Italy's finest - we are talking Gambero Rosso - wines at the interval :)

Don't be fooled by the name: this summer music festival in Tuscany isn't just piano or pianoforte. It's violins, violoncellos, trombone, tuba, quartets and orchestras, and opera too!

And the location takes you into Maremma's stunning volcanic Monte Amiata territory. 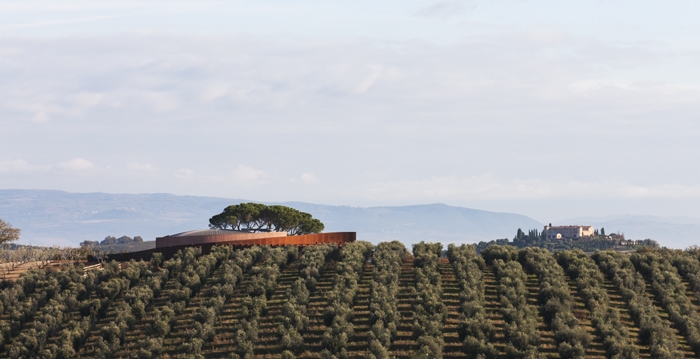 What started eleven years ago as evenings dedicated to classical music in the cellar of the ColleMassari winery, the Amiata Piano Festival now has a concert hall all of its own: the Forum Fondazione Bertarelli. And a stunning one at that, designed by architects of the Studio Edoardo Milesi and Archos.

Only just visible and in complete harmony with the Tuscany landscape that surrounds it, its lines match those of the low "collina" (hill) upon which it rests. Nestled between olive groves and vineyards on the ColleMassari estate, with a stunning view of Maremma's volcanic hills.

2015 was its inaugural year in the concert hall and what a box office smash it was. With locals and holiday makers alike. Of all ages.

For me, the success of the Amiata festival was because of a magical combination of three things. Its stunning location and the incredibly talented artists that played and sang, yes. But something else too.

For the organisers managed to achieve something that is so very hard to carry-off. They created an atmosphere of informal elegance. A marvellous mix of formal meets casual. That works. Wonderfully. With quality written into everything. These are Tuscany concerts with style, open to everybody.

The 2016 programme is already eagerly anticipated by those who attended in 2015, and is set to be another huge success.

TIP. This year purchase your ticket early. See below for how. (As news spread of the concerts, the organisers sadly had to turn people away in 2015.)

The whole experience starts with the drive to get there

The whole experience starts with the drive to get there. It will take you along country roads and lanes that pass through villages and hamlets that outside of concert nights would only witness a boy on a bike, or a dog or cat passing through town!

It is a straightforward route; you won't easily get lost. And if you find yourself in a line of other cars on concert night, you can rest easy that you are going in the right direction :)

The drive will take you past the Tuscany winery of ColleMassari - winner of the Gambero Rosso Winery of the Year 2014 - on your right. Carry on and you'll catch a glimpse of the concert hall on your left. You can't miss the turning as the concert staff will greet you from the road and when you reach the end of the driveway, will direct you through the olive grove to a parking space. Between trimmed olive trees. Now how many concert halls have you been to where you can say you did that? :)

They will also be there when you leave to help you reverse out between the olive trees if you need help and to wish you good night from the end of the drive. As I said, a quality experience through and through.

The summer concerts in Tuscany

In little known Maremma, on a low hillside with a backdrop of a volcanic mountain, you'll get to see and hear musicians that you would otherwise only see in large concert halls. 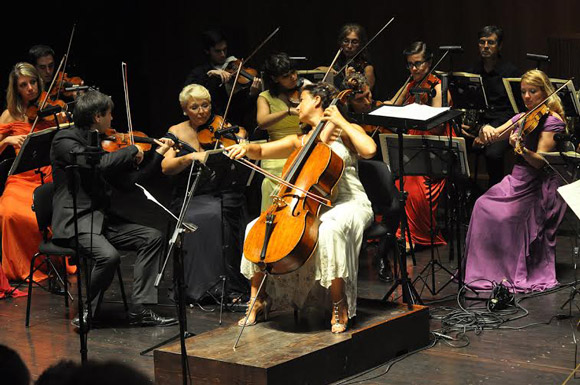 In a small, intimate, setting that feels like a very special night out in your own living room. Now I know that that sounds a little odd, so to explain. When you are sat there you know that you are part of an audience; more than would fit in any normal living room! But the curved wooden walls of the hall to your left and right - even if you are sat in the middle of a row - feel that they are just a finger tip's stretch away.

And there aren't that many seats: I counted them. Just 274 in all. 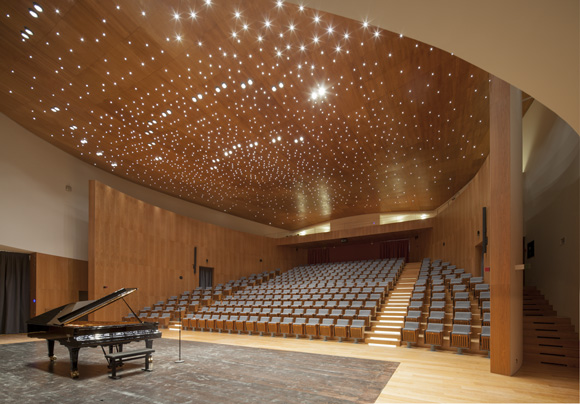 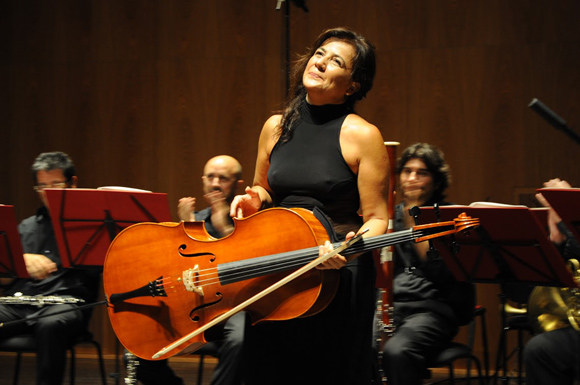 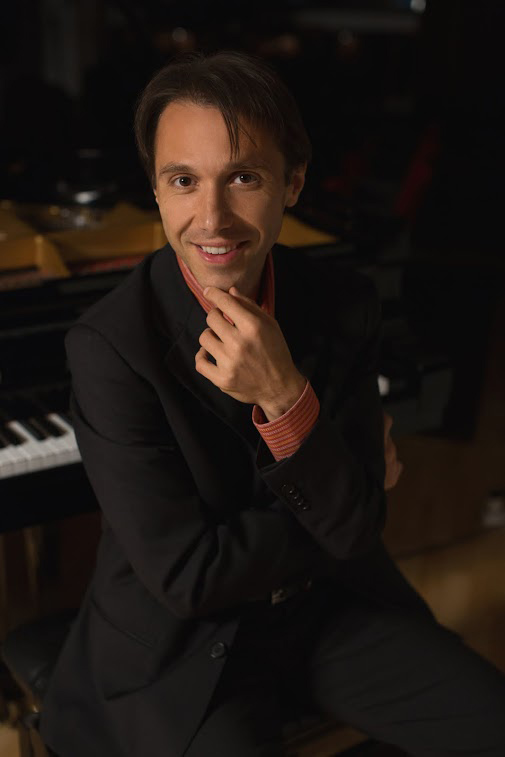 Something for everyone. Chamber music and orchestral meets jazz and pop. 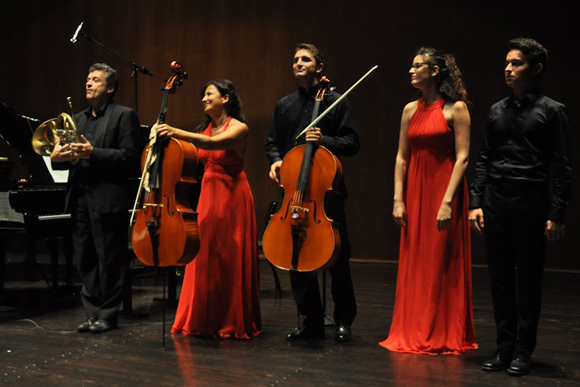 The story of the bug 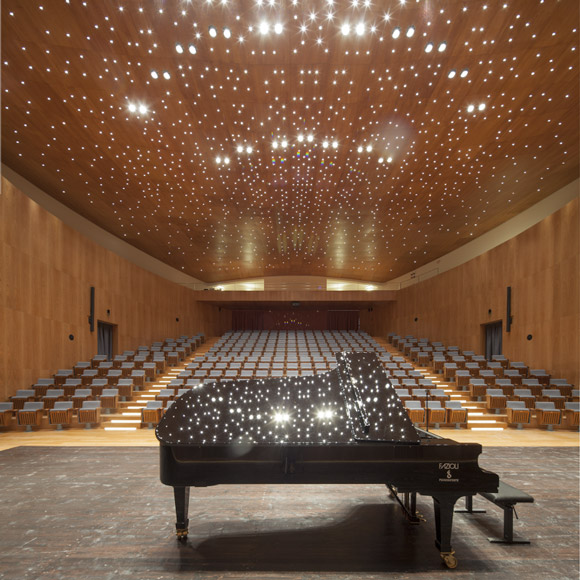 The wooden ceiling adds a magical touch to the hall: seemingly lower than it is, it feels like a cloak of the night sky, studded with brilliant distant stars.

When I went in June I wasn't the only visitor entranced by them. For a Lampyridae beetle - a firefly - had somehow also acquired a ticket into the hall that night and spent the whole duration of the performance visiting each and every "star" hoping one would respond to its bioluminescence!

Wine tasting during the interval 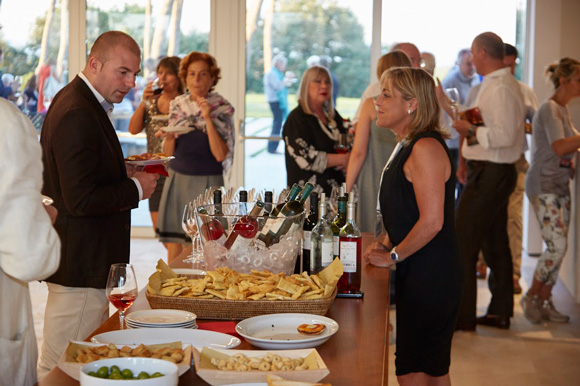 The staff at these concerts, including those of the ColleMassari winery, are so wonderfully professional and when it is interval time they are ready and waiting with some of Maremma's very best wines to try and plates of Tuscan delights to starve off any hunger and nibble on. The reception hall may be packed at the beginning as concert goers emerge from the auditorium, but they ensure that the queues move smoothly so that you have plenty of time to enjoy the break.

And what could be more wonderful on a summer's evening in Tuscany than sipping those wines on the concert hall patio with Maremma's (extinct!) volcano and its foothills as a magical backdrop.

Something special happens that isn't on the programme

Which brings me to another reason you should go that you won't find details of in the programme. The sunset.

From the hillside at Poggi del Sasso, painted by gods, it is stunning. Watch the skies over the vineyards change from a light yellow glow, to an intense orange and then purple. And then as dusk closes in, violet and pink merging into the green and silver of the olive trees.

The heavens in Tuscany. Exquisite wine. Fabulous food. And classical music waiting for your return... Evenings out in rural Maremma are special :)

Take your children too

Children are welcome at the festival. Just as they are at other concert halls. But here they are really welcome. Not only in the sense that their tickets are free, but because they can come as they are. There is no need for them to dress-up in clothes that they wouldn't normally want to wear in order to be able to experience the sight and stupendous sounds of some of today's most famous and talented musicians. And they won't stand out in the crowd. Because the crowd is a wonderful eclectic mix of people of all ages who have come for the music, the view, the evening out.

On your summer holiday in Tuscany and would love to go, but haven't packed anything formal to wear? Don't worry! 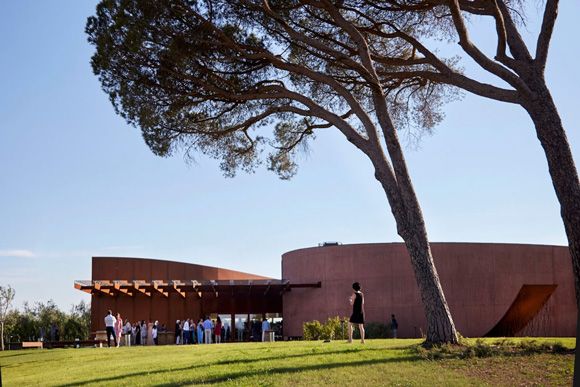 If you want to dress-up do. But if you'd rather wear your summer dress or jeans, that will be great too. I didn't know how formal to go, so I chose a little black summer shift dress and was delighted to find that other concert goers came in a whatever they felt happy in too. Some a little more formal, and a lot not. And it worked wonderfully. 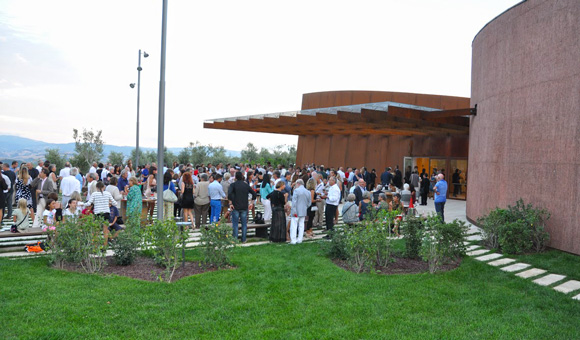 The Christmas Concert in Tuscany - the "Concerto di Natale"

For the first time the Amiata Piano Festival also held a "Concerto di Natale" - a Christmas Concert and it too was a great success. Sold out long before the night, the event was much anticipated by local folks, including me.

If you happen to be in Tuscany during December, don't miss it! Something you never expected, in a location you never knew existed, that will leave you in rapture!

Two hours of Vivaldi by the musicians of I Virtuoisi Italian, accompanied by the exquisite soprano voice of Gemma Bertagnolli, interspersed with narrations by Tiziano Scarpa. 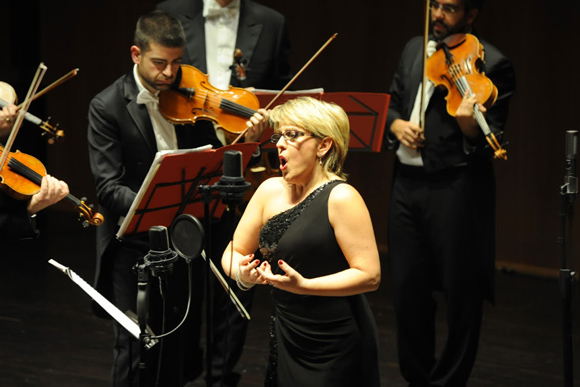 Gemma's last song - not on the programme, but in response to the ovation she received - swept me off my feet emotionally and had me in tears and on my feet applauding. 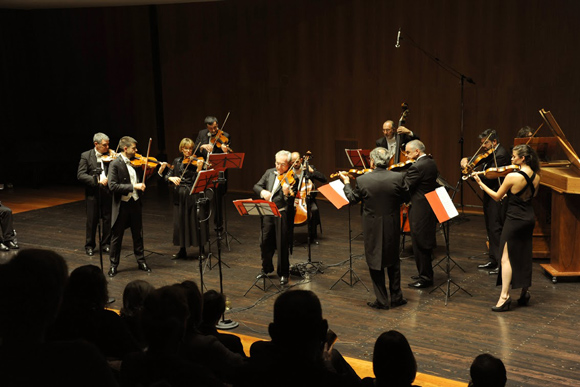 How one young violinist managed to stand perfectly and elegantly on high heels for two hours, playing as wonderfully as she did and motionless during the narrations, I don't know.

The Christmas concert saw many people dressed more formally in lovely long-length dresses, shawls and sparkling jewellery, much more than on the summer evenings. But others too in cosy fleeces and jeans. And I have to say that again, no one felt out of place. The air of understated style and attention to detail that pervaded throughout the summer continued into the Christmas event.

There isn't an interval during the Christmas concert, but a "brindisi" at the end. Which is a light buffet of local speciality foods, including a wonderful selection of cheeses and preserves, salami, "frittata", and "parmigiano melanzana". And more glasses of wonderful ColleMassari wine.

Guests are kept warm in a heated marque set up alongside the reception area to cater for the full house (but you will need a shawl of something as the temperature difference from the auditorium is noticeable.) And are joined by the musicians - now in their casual gear - and the family behind ColleMassari, the Bertarelli - Tipa family.

There is no sense of "fretta" - rush - for you to be gone. Chat a while, make new friends with others around your "wine barrel" table, and go and meet the musicians if you want to.

The Amiata Piano Festival programme for 2016

The summer concerts will start at the end of June and run through to the end of August. They are divided into three mini programmes, the dates for which are:

The line-up of musicians is to include Danilo Rea, Fabio Armiliato and Paolo Fresu.

The date for the Christmas concert is Saturday 10 December 2016.

Tickets may be purchased via email - tickets@amiatapianofestival.com

Full price tickets cost Euros 20, for people aged under 26 years or over 65 years, Euros 15. Tickets for children under 12 years of age are free.

Maremma › Things to do in Maremma › Amiata Piano Festival