How to say Merry Christmas in Italian and a Happy New Year. Together with all the other Italian christmas card messages or phrases you need to know to see you through the festive season and into New Year's day. 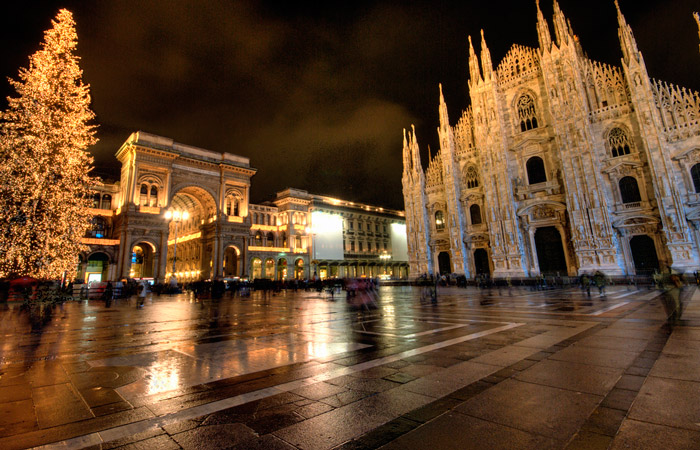 Christmas in Italy, in Milan. By kind permission of Dario Morelli

Simple, for both Happy Christmas and Merry Christmas it is: "Buon Natale!".

Now, if you want to say "Wishing you a Merry Christmas and a Happy New Year" in Italian, it is still easy to do, but first you need to know how many people are sending the good wishes and to how many: I'll explain!

There are four possible combinations:

2. From one person - just you - to more than one person, ie a couple or a family.

When you know which one applies, here are the phrases:

1. From one person - just you - to one person, ie your friend

(You are saying from me to you (singular)

2. From one person - just you - to more than one person, ie a couple or a family

If you want to say "With best wishes", then you can write either: "Con tanti auguri" or "Con i miglori auguri".

With Love, affection and friendship in Italian

"With love from" would usually be written in Italian as "con un abbraccio" - literally meaning a hug or embrace.

If you know the person very well and want to write "with love", then your choices are "con amore".

"With affection" is "con affetto", and "affectionately" is "affettuosamente".

And "with friendship" is " con amicizia". 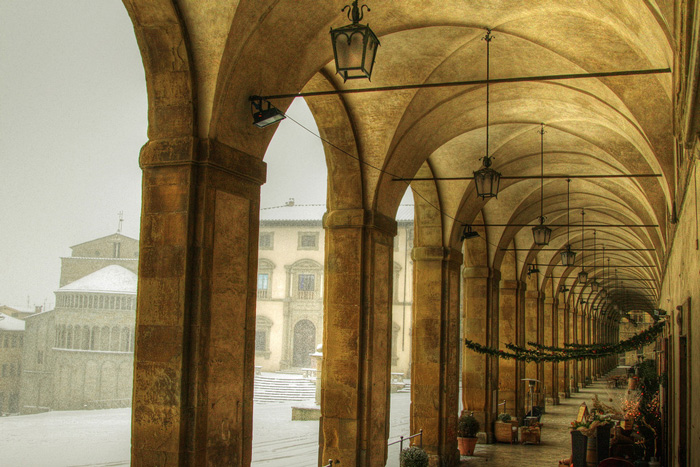 Christmas in Tuscany, in Arezzo. By David Butali.

The Christmas holidays are: "vacanze natalizie".

The Christmas tree is "albero di Natale" and decorations are, "decorazioni di Natale"

The birth of Christ is: "la nascita di Gesù".

A natavity scene is, "Presepio" and the three wise men or three kings are "i Re Magi".

How to say Happy New Year in Italian is - you will already have guessed by now!: "Buon Anno!"

Example: me wishing you, my visitors to this guide, would be: "Vi auguro un Nuovo Anno pieno di amore, pace e felicita".

And, similarly, me writing "Wishing you a Happy and prosperous New Year" to you all, would be ; "Vi auguro un Buon e Prospero Nuovo Anno".

The New Year's Eve dinner, which in our Italian family is bigger and much more relaxed affair as it generally prepared together and shared amongst lots of friends and family is "il cenone".

And the countdown to midnight ... "il conto alla rovescia".

The New Year's resolutions are "i buoni propositi per l'Anno Nuovo".

Toasting in the New Year

The sparkling toast - "brindisi" - for the click on midnight is normally the Italian sparkling wine "Prosecco". When everyone in the room has a glass, the toast will be be either a "Cheers!" with "Cin Cin!", or "Salute!" and then the clinks begin! For each person will clink every other persons glass before taking a sip! Now, that often means a lot of clinking and stretching across the table or walking around the room!

And, just in case you need it ;) the phrase for "I have a headache" is "ho una mal di testa". And, although I have never heard it said during all the time I have lived in Italy, "I have a hangover", is

(which literally means I have the posthumous effects of getting sloshed or plastered!). 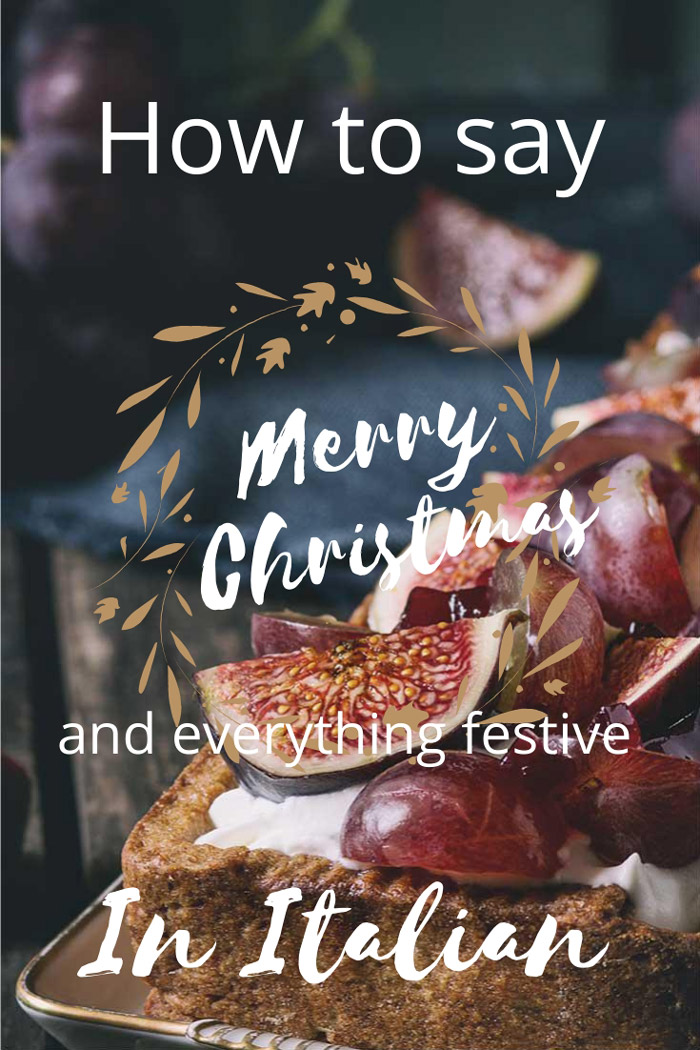