La Rocca Aldobrandesca is one of Maremma's many medieval forts that lay witness to centuries long bloody and bitter feuds for control of land and wealth between ruling medieval families.

If you are visiting the medieval hill town of Suvereto - and it is a well worth a visit - then don't miss the opportunity to visit this example of middle ages stronghold engineering. Situated within a now tranquil spot amongst well-tended gardens, the citadel offers a fine panoramic view of the plain from which the town rises. And the coast of the Gulf of Follonica. 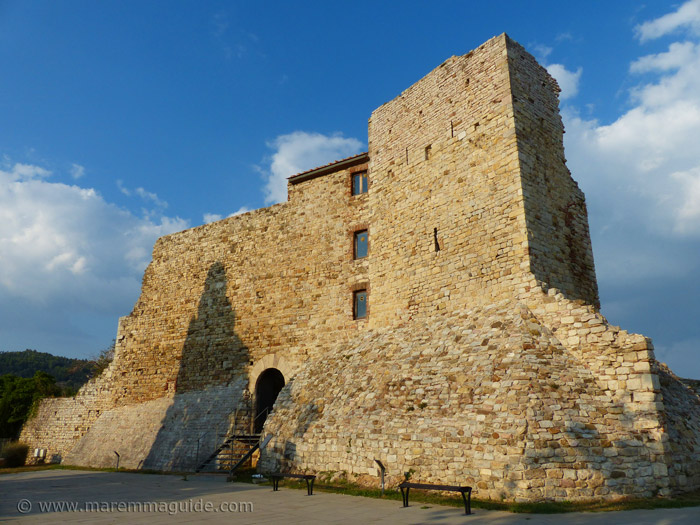 Once you have read the wealth of information provided by the Comune of Suvereto (see below), and with just bird song to break the silence on the top of the hill, I wager that, like me, you will start to contemplate what it must have been like to have lived there.

But then so many places in Maremma do that to you. They offer a profound tranquility combined with an incredibly rich history that encourages the mind to wonder. 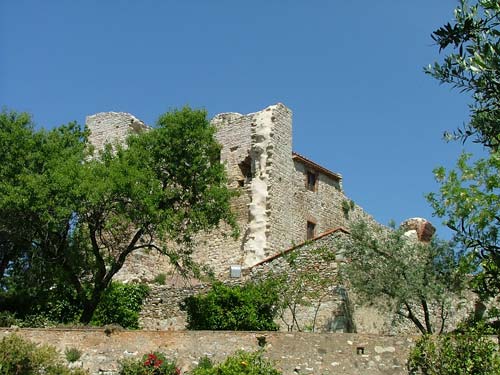 Visit, and you are practically guaranteed to gave the fortress all to yourself. On my many visits I have only ever met two or three other people there. All of whom pass through so much quicker than me once they have taken their photographs. And then the Rocca is mine again :) 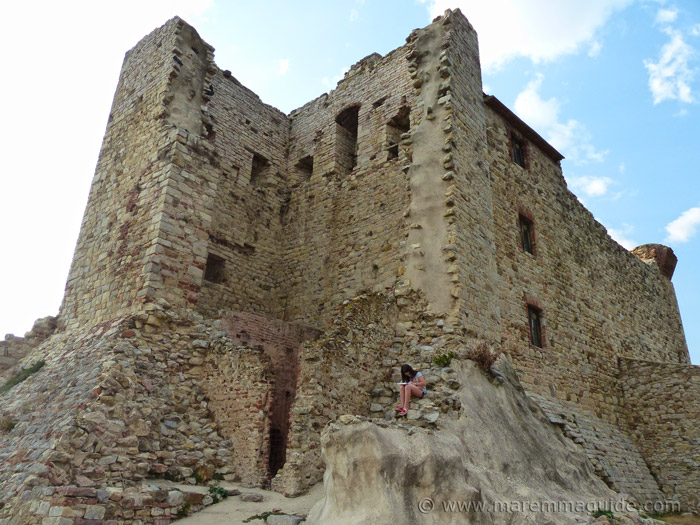 The Comune di Suvereto has priovided a wealth of information on site. The information boards read:

"Suvereto was founded on this hill and the Rocca Aldobrandesca with its achitectural modifications, spans the first centuries of its thousands of years of history. 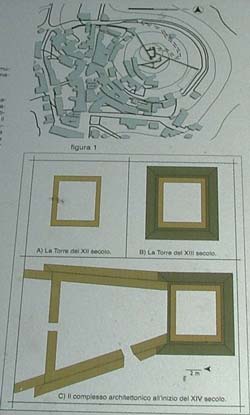 In about the 10th century, a village of wooden huts was situated at the top of the hill together with a few early constructions in rough stone.

Suvereto was already under the rule of the noble, prestigious lineage of the Aldobrandeschi who, originating in Lucca, had already been in control of vast areas of land since the early Middle Ages, including a large part of southern Tuscany and the Maremma.

The curtense settlement of Suvereto was the northernmost outpost of a vast community extending from the Fiora river to the Via Cassia.

The first mention of Suvereto was in 973 in an Act of Sale of the Aldobrandeschi.

A significant change took place to the physiognomy of the hills in the 12th century with the construction, using the most developed techniques, of a quadrangular tower in quarrystone that was carefully worked and placed in parellel horizontal lines. It was certainly a building used more for defense than as a habit.

During the same period, a small town emerged on the terraced land leading up to the top of the hill. This was characterised by curvilinear access with buildings set in concentric circles reaching up to the perimeter walls.

The 12th century was the period when territorial dominion was established and consolidated and, as in the entire southern part of Tuscany, the Aldobrandeschi meant to declare their supremacy by constructing towers and fortresses in finished stone. 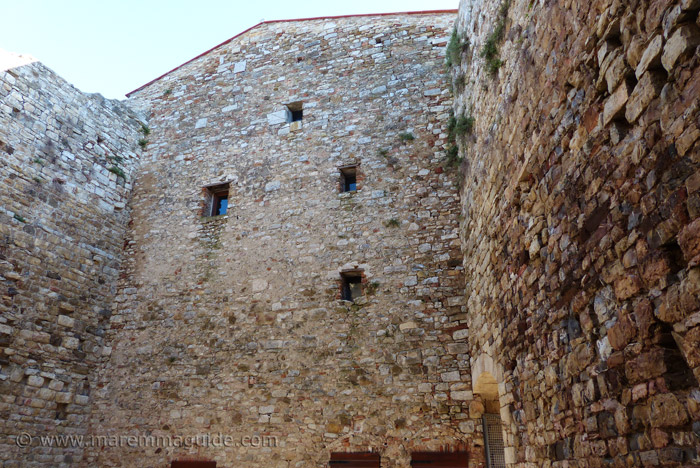 During the 13th century, the tower, which was by now was not up to the new defense needs, was brought down to within three metres in height, and rebuilt, adding scarp walls and new buildings.

Between the end of the 13th and the beginning of the 14th centuries, according to an epigraph that gives the date 1308 as the start up date of the building site, the large trapezoid structure sheltered from the north by the tower was built.

The epigraph in Italian:

Indiction VII, in the month of October, in the time of Simone di Alberigo di Spoleto, authority of Pisa, and undertaken by the workers Bernardo Guitti and Bindo Bactacte, at that time employed by the Municiplaity of Pisa; Giovanni Quarrata of the Chapel of Sant'Andrea in Kinzica is notary and public recorder for the work and Puccio di San Sisto as Caput Magister.

This new structure also had scarp walls to the east and to the west. One can attribute these developments to the serious change in the political scene in Suvereto. 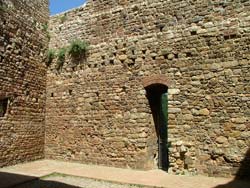 While on the one hand, and recognised by Ildebrandino degli Aldobrandeschi through the concession if Charta Libertatis (1201), a municipal body was created to represent the community of Suvereto, on the other hand, Pisa became established throughout the territory between the second half of the 13th century and the beginning of the 14th century, which reinforced the final demise of the Aldobrandeschi rule.

By the beginning of the 14th century, La Rocca was in fact the seat of a Pisan garrison comprising the Lord of the Castle and six sergeants."

Pedestrian access to this medieval fort is through the town, past the beautiful architecture of the Palazzo Comunale, along an old medieval street an up some steep steps to the entrance gate.

But the good news for those seeking disabled access, is that Suvereto has come up trumps with a path that sweeps around the hill to the fort and electronic chair lifts into the grounds and fort itself. 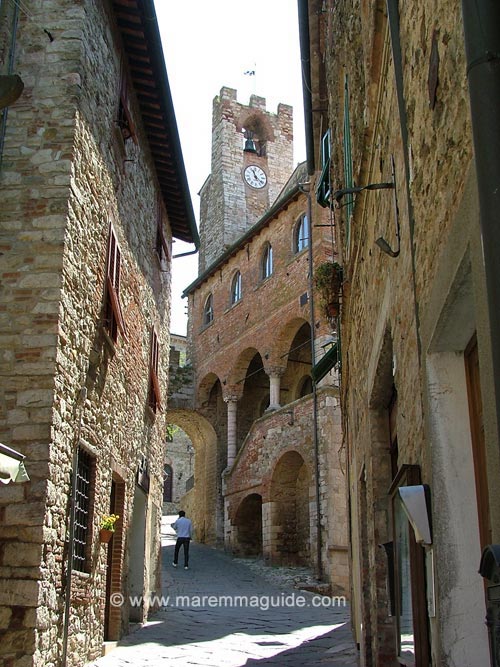 Take a walk around one of the most beautiful towns in Italy.