Maremma along the Etruscan Coast 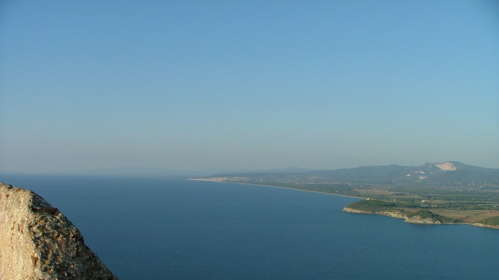 The formal description... Maremma Livornese is the northern part of Maremma, comprising a large part of the Province of Livorno and the first hills to the west of the Val di Cecina, the Val di Cornia, and those on the north western side of the Colline Metallifere (Metalliferous Hills) that lie within the Province of Pisa.

It is historically also known as Maremma Pisana or Maremma volteranna. In the case of the former, because many of the communites in this part of Maremma were under the administration of the Province of Pisa until 1925, when they passed into the control of the Province of Livorno.

As the area constitutes the most northern part of inland Maremma it is also known as Alta Maremma (high Maremma) or Maremma Settentrionale (northern Maremma).

It also lies within and is nearly synonymous with the Costa degli Etruschi - the coast of the Etruscans - which on its western side is delineated by the coastal boundary of the Province of Livorno with the Tyrrhenian sea, the Mar Tirreno.

Its coastal boundary extends at its northern point from the promontory of Castiglioncello as far south as the valley of the River Cornia and the colle (hill) Poggio al Chiecco, where it meets Maremma Grossetana. Along this Costa degli Etruschi, Maremma Livornese includes the town of Cecina, the sailing marina and town of San Vincenzo, the outstandingly beautiful Gulf of Baratti, the medieval village of Populonia with Etruscan Acropoli, and the City of Piombino.

And the informal... The whole of Maremma is not only a vast area, but even in Italy we concur it is difficult to define...! What does that matter, it is an incredibly beautiful land along the Mar Tirreno in Toscana (Tuscany) and Lazio.